WIND SCULPTURE IN BRONZE I

A guided tour/introduction to the artwork is held every day at 13.00 between 2 June and 25 September.

”This new sculpture, Wind Sculpture in Bronze I, specially commissioned for the Royal Djurgarden in Stockholm, is a development on my Wind Sculpture series.

I was fascinated by the notion of harnessing a gust of wind and capturing it in a moment in time; to attempt to capture the weightlessness of something intangible as air with a medium as heavy and substantial as bronze; traditionally considered a classical material.

My wind sculptures evolved out of a project I did in Trafalgar Square, London called Nelson’s Ship in a Bottle, 2010. I changed the sails of Admiral Nelson’s ship to African textiles and after that project I realized that there was something quite dynamic about the sails, and also symbolic of migration through the seas. Given my own history as somebody who was born in London but grew up in Nigeria, and then returned to London again, travel and migration has always been part of my story. The wind sculptures are a metaphor for that.

Standing at two metres high, Wind Sculpture in Bronze I, further blurs the boundaries between abstract lightweight textile and solid form, as abstracted leaf patterns appear as raised, repeated patterns across the artwork surface. Referring to Dutch wax batik textile patterns – a signature motif throughout my work – the work manifests itself as a large three-dimensional piece of fabric that appears to be blowing in reaction to the natural elements of the surrounding environment.

Wind Sculpture in Bronze I, represents a distillation of ideas about identity as a cultural construct, a theme that runs throughout most of my work. The concept of hybridity is embedded in the Dutch wax textiles, which the sculpture’s patterns and forms are based upon. The mixed origins of the fabric – factory-made by the Dutch – based on Indonesian batiks sold to Britain’s West African colonies, embraced there and considered in the world’s eyes as authentic African products, make a perfect vehicle to inspire conversations about our multi-layered identities and global interdependence.”

This year’s sculpture will be inaugurated on 2 June at 1 pm by H.R.H. Prince Daniel.

More information about the inauguration here (in Swedish only)

Find your way to the exhibition area 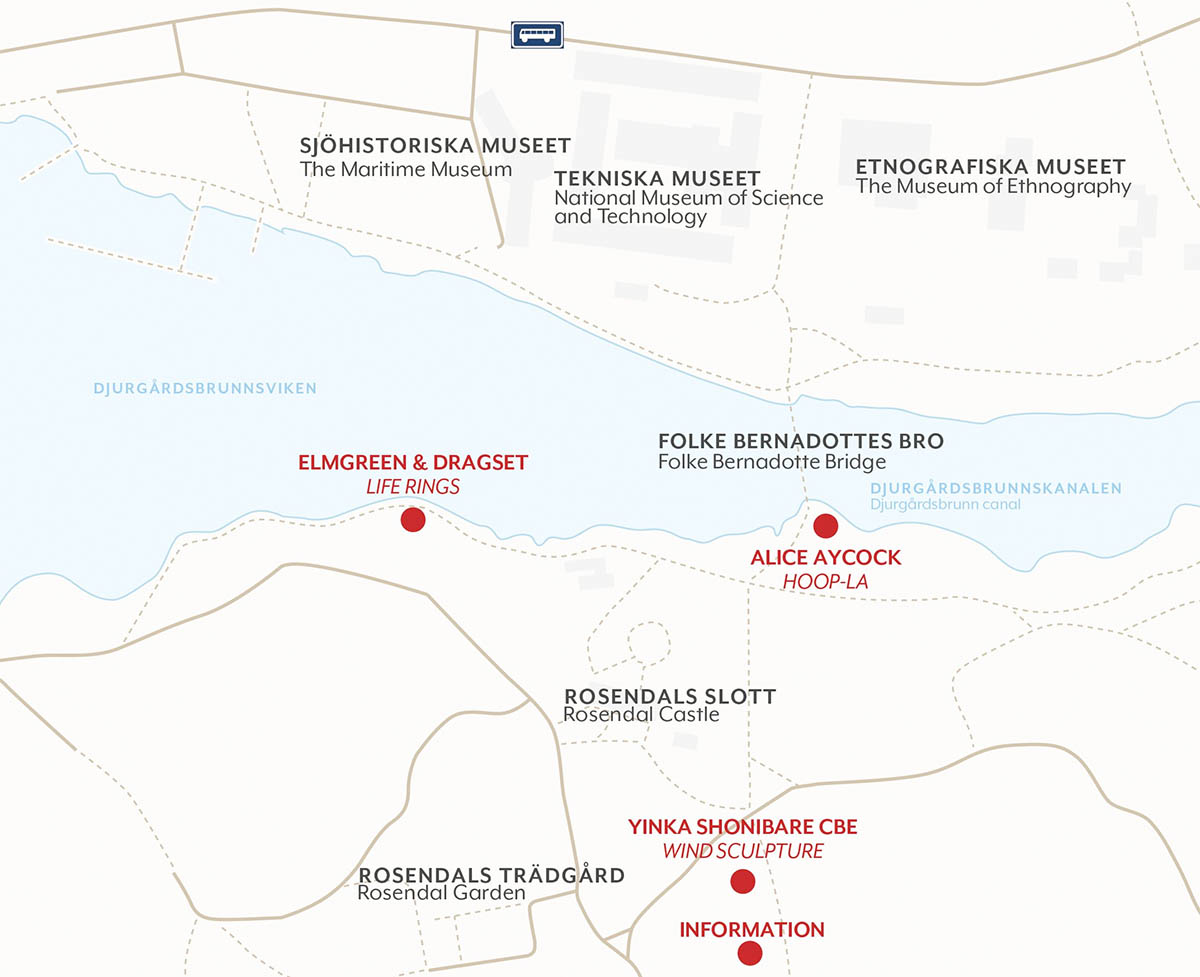